A friend of LAM, Neil Rodgers gives a personal perspective on his purchase of a Soco TC electric motorcycle.

This is my experience of a year and five months of ownership and riding an electric motorcycle for my daily commute to work and back.

I’ve been riding motorcycles since 1977 when I passed my full motorcycle test. I initially started motorcycling as a way to commute from my home in Norbury South London to the City of London each day. My first bike was a Honda CD175 and since then I’ve owned and ridden sports bikes, lightweight dualsports, various faired and unfaired general purpose bikes as well as a couple of scooters.

Why choose an electric motorcycle? Well for me is was an opportunity to help the environment and reduce my reliance on burning fossil fuels.

Forty months ago, there wasn’t as much choice in two wheeled electric transport as there is now. I test rode an eGen egx 6000W scooter. It was okay but I wasn’t hooked on its looks or quality but most off-putting was a lack of support for the model in the UK. Neither could I find any insurance company willing to offer a competitive policy compared to a petrol powered one. Also off-putting was the fact that the UK government were not offering a grant to purchase electric motorcycles at the time. Twenty-four months ago, things improved and I test rode a Zero, an eccity scooter and Super Soco TS but not TC as it had not yet been released. The Zero was just too expensive when compared to the others so I became one of the first owners of the Super Soco TC in the UK. Getting a registration number allocated from DVLC was a challenge as was getting insured as it was so new in the UK is was not listed on the UK’s insurance database at the time. Now things are much easier as is the access to spares via UK dealers. Initially they were only available from the importer Vmoto and took ages to come in to the UK.

All the lights on the TC are of the LED variety and its batteries can be removed from the bike for charging. Both batteries fit in the place under the fake tank cover. In its standard form you can also charge one battery whilst on the bike using the built-in charging plug in the right-hand side panel. Each battery would take up to 6 hours to charge using the standard 4 Amp indoor charger suppled with the bike. My first upgrade was getting hold of a second battery (the bike can hold two batteries connected in parallel to extend range) for the TC as its range for my daily commute from South Croydon to Redhill over the hills meant I had to charge the battery daily. I did, once, try two days between charges, the bike speedometer display says 70 mile range when 100% charged, but this proved impossible as the bike ran out of energy about a mile and a half from home, only having covered 48.5 miles from full charge. Another issue is the battery cuts off at 10% charge, I assume to protect the battery from damage, this is not mentioned in the user manual. There is another issue with running on one battery, that is once the battery percentage drops to 70% of full charge so the power output from the controller falls along with a reduced top speed. When I purchased the second battery, I also decided to buy a waterproof 16A fast charger to use outdoors. This was not available from Super Soco at the time so I had to source one from China. The charger was a great buy as was the Super Soco Battery Paralleler that connects behind the left-hand side panel and to both batteries and bike charge point, as shown in the photo. This saves a lot of time in charging both batteries in just over an hour and a half whilst installed in the bike for my daily 25 mile round trip. No need to lug batteries (each weighs 12Kg) as they stay on the bike.

You can check out the bikes specs at https://en.vmotosoco.com/tc-overview/

The additional battery, paralleler and fast charger costs, £800, €189 from Germany, £280 including delivery and import duty, respectively. All of which have made the bike far more practical as my daily commute. The added advantage to paralleling the batteries is now each one only needs to deliver a max of 20A instead of one delivering 40A. This has the benefit of increasing battery life. For the same reason I still charge the bike daily as a lithium ion battery last longer when discharged less.

When I bought the bike, the manufacturer specified a Bosch 1500W hub motor (3000W max power) in the rear wheel powered by a 60 Volt 30Ah Lithium Ion battery. Torque at the rear wheel is said to be 150 Nm and its top speed is quoted at 75km per hour, 47 miles per hour. Range was quoted to be 100-120 km, 62 to 75 miles. Although top speed, with the wind behind you and on the flat is a little more getting up to 50 MPH but only when the battery is above 70% charge. Having now ridden 5,700 miles what do I like about riding my electric steed? It is more or less silent, no motor noise to speak off just the sound of the tyres scrubbing the road. Although it means other road users and pedestrians can’t hear me approaching, so far, nothing untoward has happened but I do find I use the horn more often to warn others I’m there. It is reliable, apart from having had the rear number plate LED light replaced under warranty (no cost to me) as the first one failed due to water ingress before it was 11 months old.

Cost to charge battery works out at about £1.00 for 100 miles of riding. Service and maintenance consists of checking for loose nuts and bolts etc then brakes,  tyres and suspension.

Tyres and brake pads are still original although I bought a set of pads for the front and back in case, as spares were not as easily available as they are now. The tyres are comfortable and give a reassuring level of grip in all weather conditions.

In summary the good bits are, in my opinion, that the Super Soco TC is stylish, with a 60’s café racer look. It is an eco-friendly way to travel in the city environment as it feels comfortable up to 40 mile per hour, cuts down on pollution, noise and fuel costs. I will not be looking to venture on roads faster than 50 MPH, but saying that other riders may well do so. It is reliable and cheap to run as there is no road tax to pay and is free from the London congestion charge. Yes, the experience of opening the throttle open and hearing nothing but some tyre noise takes some getting used to but it is fun to ride around town. Even now it puts a smile on my face each time I ride it.

I’m sure it’s not for everyone but if you just want to potter around town without any worries it could be just what you are looking for. There are faster electric bikes out there but these come with a price premium. What is not so good, hills, as the steeper they are the slower the bike goes. My daily commute has a few hills, two of which are steep and the bike slows down to 20 to 23 miles per hour. Not a problem as both are 20 MPH roads. On the other hand, on 40 mile an hour roads I have two hills where the bike just about manages to keep going at 30 MPH. This leads some impatient drivers to resort to overtaking when not really safe to do so, I’ve had a couple of wing mirrors strike my arm. Super Soco promised an app for the phone when I purchased the bike that would allow to access information, get the bikes current location and a means to upgrade software etc. Even now the app doesn’t work and would appear, given information read from various forums it never will do in Europe although it works in Asia. Another thing that doesn’t work is the energy recovery mode that is supposed to charge the battery during slow down and braking. Finally, the brakes are noisy when operating and not much use when wet, saying that, they still work effectively to slow down the bike as it only weighs 84 Kg.

Overall though I enjoy riding the bike and will continue to use it for my daily commute.

Since I bought my bike Super Soco have brought out the TC Max, this has an increased top speed of 58 MPH from a 3500W (5KW peak) inboard motor driving the rear wheel via a belt. The battery voltage has increased to 72 Volts and the capacity increased to 45Ah giving a 60 mile range at max speed of 30MPH constant speed. On the road price for the new TC Max is £3999 plus £55 DVLA. 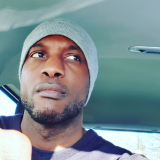 Thanks so much for this insightful explanation. I bought one of these November 2020 to commute to London as Covid-19 has made public transport a bit of a minefield! I am relatively new to biking and to electric bikes but your reasoning here rings true for me too.

A couple of things: I too live in South Croydon! My wife rolled her eyes when I mentioned reading your review/blog and you being from here too :). Also the info on range extension accessories which I didn’t know about. A recent trip had me walking the last 500 yards so i will be hunting these items down. If you have links to the 16a fast charger and paralleled that would be a speedy purchase…perhaps you should do some money earning affiliation with the suppliers! :)

Thanks again and looking forward to being able to write my own review one day.
El